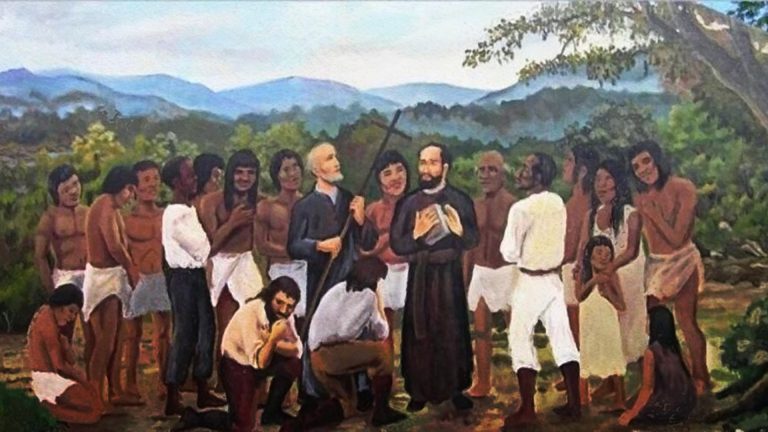 Jesuit Father Juan Antonio Solinas, recently beatified in the Zanta region of northwestern Argentina, showed an uncommon availability for the service of the Gospel. Born in Sardinia, he entered the Society of Jesus in Cagliari in 1663 and studied theology in Seville. After his ordination in 1673, he was sent to the Province of Paraguay, which at that time covered a very large territory, including southern Brazil, northern Argentina, Uruguay and part of Bolivia. There he dedicated himself to the evangelisation and social promotion of the Guaraníes.

In his letter on the occasion of this beatification, Fr. Arturo Sosa, Superior General, spoke of the challenges that missionaries faced in that region extending from the south of Bolivia to the northwest of Argentina. The native peoples were often in conflict with each other, and the relations between them and the Spanish settlers were often tense. The missionaries had to offer the Gospel in a context of injustice and struggle, often meeting fierce resistance from the native peoples, who were being repressed.

In this letter sent to his Jesuit companions, Father Sosa recalls the context of the martyrdom of Father Juan Antonio Solinas. He gave his life in the service of the Gospel, along with a priest of the diocese, Ortiz de Zárate, and several faithful of different origins. Here are some lengthy excerpts.

Juan A. Solinas had stated that he was willing to evangelize these groups and stay with them, not abandoning them, giving them “the necessary food and all other possible assistance”. Indeed, according to the testimony of a contemporary, Solinas, who was self-effacing, accustomed to suffering, docile and gentle in character and much loved by his companions, “was a help to the poor, to whom he provided sustenance and clothing; a doctor for the sick, whom he cured with great gentleness; and a universal remedy for all the ills of the body. For this reason the Indians venerated him with the affection of sons”. (…)

The missionary expedition organised in 1683 by Fr. Ortiz de Zárate tried to establish peace with the indigenous groups that had ravaged the borders of Jujuy and to bring about reconciliation between the Creoles and the native peoples. Three Jesuits, including Fr. Juan Antonio Solinas, were part of the expedition that crossed the Zenta Valley (present-day Orán), east of Jujuy. (…)

While they were celebrating the peace, some five hundred Toba, Mocoví and Mataguayo Indians appeared, along with several caciques. For several days they surrounded and threatened them. On the morning of 27 October 1683, the priests prayed and celebrated the Eucharist. Afterwards, they spoke of God with their besiegers in a friendly tone. In the afternoon, apparently spurred on by sorcerers from their clans, the attackers charged with arrows, spears, clubs and sticks against the missionaries and all their companions, cruelly murdering them. As an aboriginal from the mission who was able to escape on horseback tells us, when Spanish troops arrived from Salta ready to carry out justice, Fr. Diego Ruiz prevented them from doing so: “We have come to convert infidels, not to kill them”.

Solinas’s European origins remind us of how the Society has always favoured the most urgent missions at any given time, putting at its service the varied origins of the Jesuits who were sent, regardless of the great distance – physical and in terms of customs and habits – that separated them from their destination. Their detachment from habits acquired in their homeland and their inculturation whether here or there allowed for a communication of the Gospel that responded to the needs and circumstances of those who received it. This required of the missionary – as we have seen with this Zenta mission – attributes and virtues that characterized, among others, Juan Antonio Solinas. Particular qualities that can in no way be improvised, but are generated and cultivated in the daily concern for the love of God and one’s neighbour, right from the childhood and formation of the Jesuit.

The faithfulness of these martyrs in persevering in their commitment to reconciliation between different groups in the area, going so far as to be willing to give their lives for this and to forgive their assailants, allows us to see their hierarchy of Christian values. On the other hand, the attention given to the person on the part of Solinas and his companions – as doctors of body and soul – makes it clear how spreading the gospel, directed by the grace of God, aims to respond to the yearnings of every human being, communicating to them the complete life offered by Jesus Christ.

You can watch the video of the celebration (in Spanish).

The address of the Provincial of the ARU (Argentina-Uruguay) Province, Fr. Rafael Velasco, is also available (in Spanish), courtesy of the regional newspaper, El Tribuno – Salta. 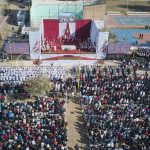