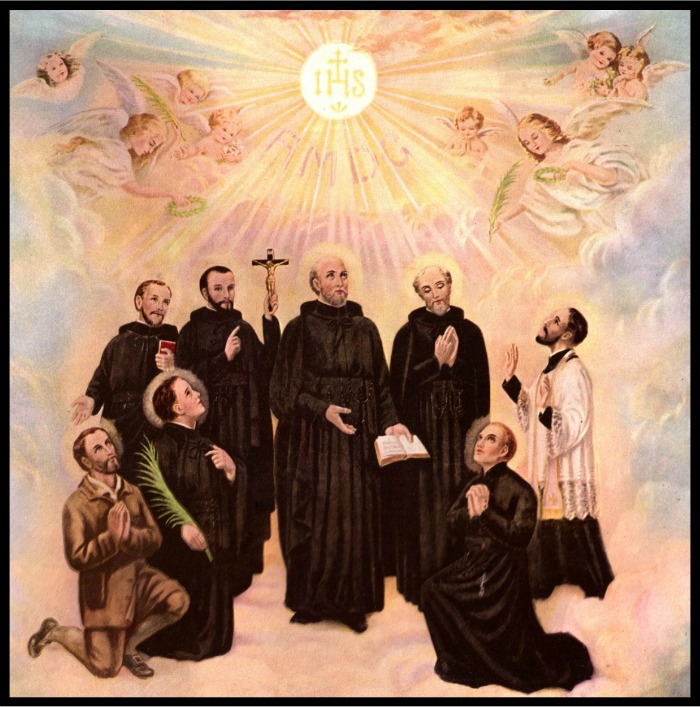 The Society of Jesus (SJ) is a catholic religious order of priests and brothers, founded half a millennium ago by the soldier-turned-mystic Ignatius Loyola. Its members are popularly known as Jesuits. The order grew out of the activity of its founder. St. Ignatius of Loyola, and six companions who at Montmartre in Paris, Aug. 15, 1534, bound themselves by vows to poverty, chastity, and apostolic labours in the Holy Land or, if this latter plan did not prove feasible, as it did not, to any apostolic endeavour enjoined by the pope. Canonical establishment of the order came, Sept. 27, 1540, when Pope Paul III, in Regimini militantis Ecclesiae, approved the first outline of the order’s makeup (Prima formula instituti), authorized the framing of detailed constitutions, and limited to 60 the number of members. This last restriction was withdrawn 4 years afterward. The purpose of the society is the salvation and perfection of individual Jesuits and of all their fellow men. Jesuit organization, manner of life, and ministries are all directed to fulfill this twofold aim. Official directives in these matters are contained in a body of writings known collectively as the Institute (Institutum). They comprise chiefly pertinent papal documents; the Jesuits constitutions and Spiritual Exercises, both composed by Ignatius; the rules and statues of general congregations; instructions of superiors general; the Epitome instituti; and the Ratio Studiorum, or plan of studies. There are no secret regulations. The so-called Monita secreta is a 17th – century forgery.
In the vision of our founder, we seek to “find God in all things.” We dedicate ourselves to the “greater glory of God” and the good of all humanity. And we do so gratefully in collaboration with others who share our values, including lay persons. They have become part of the “we,” the extended Jesuit family.
Today more than 16,740 Jesuits work in 112 countries in six continents, with the aim of moulding, with God’s grace, men and women for others. Jesuits in Jesuit Chennai province are engaged in socio-pastoral ministry, retreat direction, education, social action, inter-religious dialogue, accompanying the youth and the dug addicted persons, women empowerment activities, migrant service and tribal welfare ministry. Jesuits hold a wide variety of roles including that of retreat directors, teachers, doctors, poets, lawyers, social workers, writers, administrators, professors, pastors, scientists and artists.