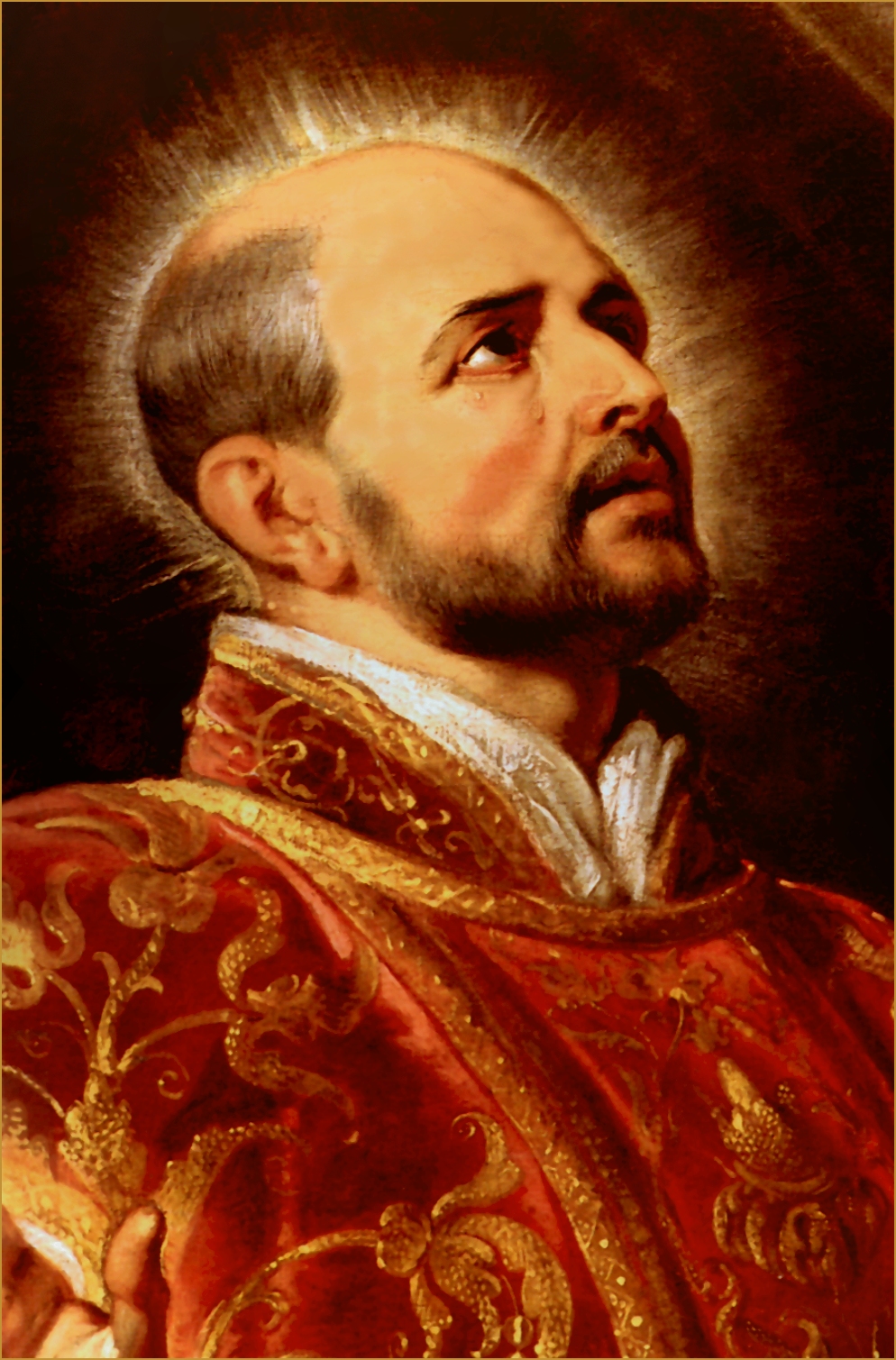 St. Ignatius of Loyola was born in 1491, into a noble Basque family at Loyola in northern Spain. He was the youngest of thirteen children.  As a young man Ignatius of Loyola was inflamed by the ideals of courtly love and knighthood and dreamed of doing great deeds.
All that began to change one day in the spring of 1521. Ignatius was 30 years old at the time, a Knight at the Spanish Royal Court. Leading his fellow fighters into a battle against the French that they were sure to lose, he was struck by a cannonball in the leg. Ignatius was gravely wounded.

During a difficult recovery, in his family’s house, Ignatius asked for books about chivalry, his favourite reading. But nothing was available. He had to settle with two books about the Life of Christ and the Lives of Saints and he found these unexpectedly riveting.
St. Ignatius had always dreamed of imitating mighty heroic deeds, but now, the heroes had names like Francis of Assisi and Catherine of Siena. Ignatius also noticed something extraordinary happening to him.

Ignatius left everything behind and decided to follow and imitate Jesus Christ.  In the cave of Manresa (1522), he tested himself through prayer and mortification, and the notes he wrote during this time became the basis for the Spiritual Exercises. God, he realized, was working within him prompting, guiding, inviting. In later years, as he travelled far and wide, he realized too that God was similarly at work in the lives of all people, in the everyday events of the world.

Ignatius started his studies at the age of 33 in Barcelona.  After traveling and studying in different schools and colleges, he finished in Paris, where he received his master degree at the age of 43. Over the years, Ignatius became expert in the art of spiritual direction. He collected his insights, prayers, and suggestions in his book the Spiritual Exercises, one of the most influential books on the spiritual life ever written. He gathered a group of young men at the University of Paris.  With this group of friends, he had done splendid spiritual service to the ordinary people and helped many souls.

Eventually, Ignatius of Loyola with his friends founded the Society of Jesus on September 27, 1540.  He was elected its first Superior General on 19 April 1541. He died at the age of 66, on 31 July 1556. Ignatius was beatified on July 27, 1609 by Pope Paul V and canonized by Pope Gregory XV on March 12, 1622 together with St. Francis Xavier. Ignatius’ feast day is celebrated by the universal Church and the Jesuits on July 31, the day he died.  Saint Ignatius is the patron saint of all spiritual retreats. Ignatius is also a foremost patron saint of soldiers.